Scientific Findings: How to enhance the multisensory flavor perception 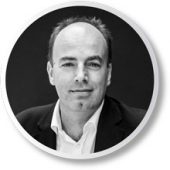 DAWN FOODS has been working with Charles Spence, professor of Experiments Psychology at Oxford University for its campaign SWEET BAKEOLOGY; to this end, he has been writing a series of articles regarding how and why consumers choose products according to their sensory perspective.

Mr Spence, in the following sections of his article, explains how a food can be perceived as delicious or not based on smell, appearance, sound, and the feeling it has when it is in our hands. He provides useful information that the professionals can use in order to enhance the perception of the taste of the preparations they offer.

“… The only thing that the taste buds on your tongue actually tell you about are the sweet, salt, sour, bitter, and umami . Everything else… come from the volatile aromas picked up by your nose.

…. In fact, many researchers believe that as much as 75-95% of what we think we taste actually comes from the sense of smell.1

Visual cues are also really important in terms of setting our flavour expectations and hence our experience of flavour…. Colour cues, for example, provide clues about the likely taste and flavour of food and drink.

… It is sound that really deserves the title of the forgotten flavour sense, especially when it comes to baked goods. just think about how unappealing a soggy crisp is.2 … the latest research shows that crispier, noisier foods tend to retain their flavour for longer when we eat them too.3

The oral-somatosensory feeling of foods is the mouth also plays a key role in our enjoyment. Just think of the tactile cues associated with savouring a spoonful of ice cream, say, or a piece of chocolate as it melts slowly in your mouth. Temperature, texture, viscosity, and mouthfeel, all constitute a key part of the enjoyment associated with consuming many everyday foods.4

What may be even more surprising, though, is that the feeling of food in the hand can also influence our perception of food in the mouth. In one study, stale and fresh pretzels were cut in half and then glued back together. Sometimes, people would bite into a fresh pretzel while holding a stale pretzel end, or vice versa. Remarkably, the feel of the food in the hand was found to influence people’s perception of the food in their mouth.5 Given that the feel of the packaging can exert a similar influence over the consumer’s in-mouth experience, you may now understand why the larger food companies are starting to think much more carefully about the tactile attributes of their packaging.

…By understanding the rules by which the consumer’s mind combines the various sensory cues in everyday food products, such as bakery items, the hope is that we can start to deliver foods that more effectively stimulate the senses.”

4. These prizes are awarded annually for research that first makes you laugh, and then makes you think. See http://www.improbable.com/ig/; Zampini, M., & Spence, C. (2004). The role of auditory cues in modulating the perceived crispness and staleness of potato chips. Journal of Sensory Science, 19, 347-363.